‘One Church, Many Tribes’ discussion on The Red Couch

HFtFN President Emily Miller was invited to write the book club’s discussion post about “One Church, Many Tribes: Following Jesus the Way God Made You” by Richard Twiss, a book that has impacted our organization beyond words and one that we continue to recommend to our volunteers. We hope you’ll join the discussion with us over on The Red Couch.

I was a teenager on a high school mission trip when I first encountered the book “One Church, Many Tribes: Following Jesus the Way God Made You” by Richard Twiss at an Anishinaabe cultural center near the White Earth Reservation in Minnesota.

My Lutheran high school had been invited to lead a Vacation Bible School at a Full Gospel church just on the edge of the reservation several years earlier. I signed up not because I particularly liked kids or felt called to missions at the time, but because my family always has spent its summers near reservation land in northwestern Wisconsin. Growing up, I was interested in Anishinaabe culture and read widely about the people’s history, but knowing about something is one thing.

Knowing people, hearing their stories, being part of their lives – that’s another.

The cultural center isn’t there any more, but more than a dozen years later, our summer Hope Camp still is. That’s probably because we picked up One Church, Many Tribes there all those years ago, and while we’ve made plenty of mistakes, we’ve remained committed to its message and to constantly learning and doing better.

For the rest of the story, and to join the book club discussion, read The Red Couch: One Church, Many Tribes discussion at SheLoves Magazine. 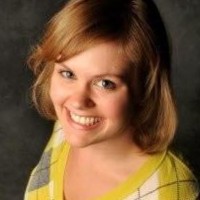 Emily Miller is president and acting executive director of the Hope for the First Nations Board of Directors and a longtime member of our Pine Point Hope Camp team.

Tweet
Share
Pin it
Previous StoryHope Camp 2015: Return to Pine Point Next StoryGet your Christmas shopping done and support a good cause!